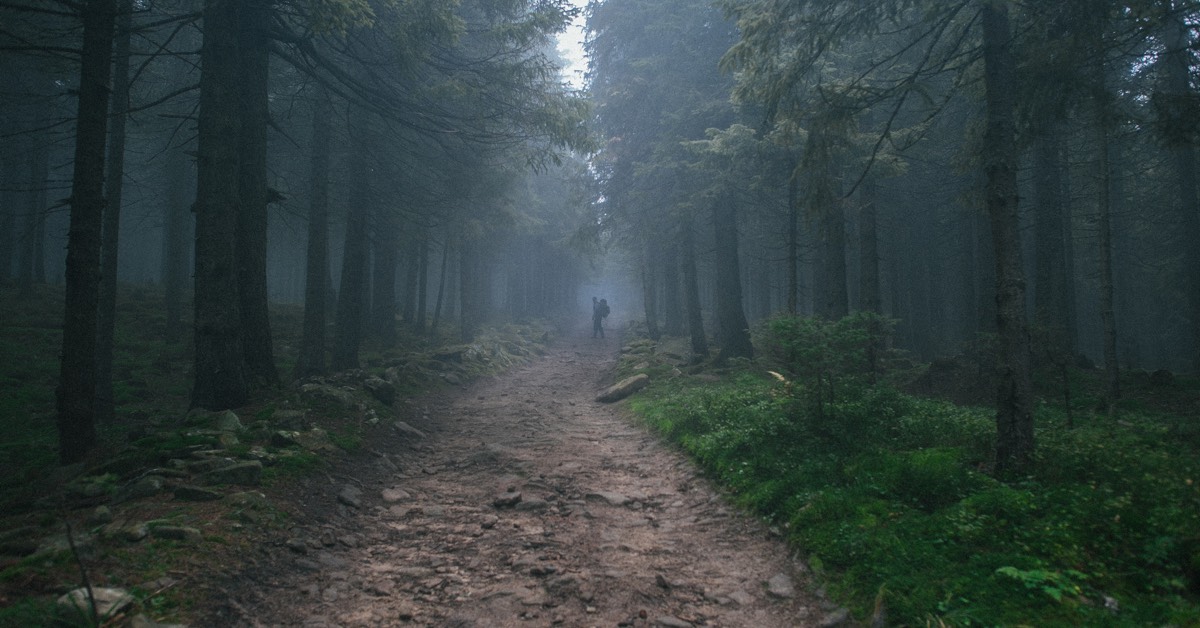 If there’s a virtual equivalent of punching each other in the face, Mike Sloan and I have gone a few rounds on social media. We’ve both done that more than a few times with other people as well. We blocked each other a long time ago and our attentions have been elsewhere but recently I’ve been thinking about Mike.

I have been doing a lot of reading over the last few years trying to understand why I act and speak rashly and why I am so quick to anger. I can be a decent enough guy sometimes but I can also say and do some pretty stupid things too. So I’ve been reading a lot about consciousness, behavioural psychology, evolutionary psychology, philosophy, cognitive neuroscience and more in an attempt to get a handle on my demons and I think it’s put me on a path to understanding, accepting and examining my darker self. That said, I’m still carrying around a lot of baggage and I’m occasionally thousands of miles from being calm, thoughtful and reasonable … but I’m trying.

In thinking and feeling my way through all of this dark stuff I am also looking hard at my relationships, the people who I embrace in life and the people I have locked out.

Until recently, I never really put much thought into existence and how we became the people that we become but, after reading a small mountain of books and following some of the smartest people in the world on Twitter, I’ve come to the place where I realize that most, if not all, of life is luck.

I am the straight son of loving, white, middle-class parents. I’m physically healthy. I survived an aborted suicide attempt in my teens but my mental health issues are easily manageable now. On the career front, I managed to break into an industry in its infancy and skated through 30 years in a profession with only a high school diploma. None of my stupid decisions have tanked my life yet. I have a small group of smart, kind, patient, loving friends.

And every bit of that is built on luck. Go back and change any one of those things and my life changes radically. What if I was born with a brain defect or gotten a concussion? We’re all fragile beyond belief. What if I was born gay and came out in the 80s? The community I was living in certainly wasn’t as accepting as it is now. What if my mother didn’t instil in me concern for other people’s feelings? Would I have steered out of the way of that transport truck to save that driver a lifetime of seeing my mangled body? What if I didn’t pick up that magazine and read about this new field of IT? I’m not saying that any of these things would have been had a negative impact on my life but they certainly would have changed the trajectory of my life radically.

We have no meaningful control over any of the things that brought us to today and today I am lucky enough to have a loving wife in a beautiful home in a perfect neighbourhood with two adorable, a–hole cats.

Why does Mike Sloan figure into my mid-life, existential breakthrough and why now? Well, Mike is dying. Mike is dying from cancer.

Mike wasn’t nearly as lucky as I was. From everything I have heard, Mike has had an exceptionally challenging life, a life that most of us could probably never truly comprehend. It might sound simplistic (it’s anything but simple) but Mike had more than his fair share of terrible, tragic, luck. We all act and react the way we do based on thousands of events, big and small, that have illuminated or obscured the path ahead. The paths available to Mike weren’t anything like the choices that I had – and those possibilities make all the difference. People don’t wake up in the morning and decide to inject drugs or steal out of cars or attack people on social media – we have all arrived at this point in our lives through a long, complicated road that nobody else can truly understand.

Everything lies on a spectrum and the distance between any two of us isn’t nearly as far as any of us thinks it is. We have to stop judging people when we have no knowledge of their path … and I’m as bad at that as anyone else. We have to listen more intently, we have to practice more patience and we have to respect each other’s story.

We’re are all flawed humans and we’re all just trying to survive by making the best choices for our circumstance. Some of us get second and third and fourth chances and some of us get cancer after a long, hard road. It’s not fair, it’s not right, it’s just opportunity and chance.

Mike, you’ve faced down a lot of terrible stuff in your life and I hope you continue to find strength and courage as you walk the path ahead.